How It All Started...

I first heard about Project Trust when a girl in the year above me at school got a place with them to spend a year in an orphanage in South Africa. I didn't really pay much attention to it apart from being aware of some of her fundraising events. I never really thought it was something I would want to do myself.

But then a returned volunteer from Japan came to our school and talked to us all about Project Trust and her year overseas. From then on I was captivated and I knew I had to try it! Travel has always been a big part of my plans for the future and to me this was the perfect opportunity to combine it with my love of languages and a little bit of procrastination about what I want to do in life!

In June 2015 I set off to the Inner Hebridean isle of Coll for my Selection Course. From the minute I arrived in the hostel in Oban where we stayed the night before an awfully early ferry, I knew that it was going to be an amazing week. I was surrounded by like-minded people who never let me feel out of place for even a second. While on Coll, we didn't have a minute to relax (or miss home, though don't tell them I said that!) but it didn't matter because it was so much fun. We did everything from digging lazy beds, teaching a lesson, fundraising workshops and climbing Coll's highest hill, Ben Hough which stands at only 106m high.

I came away from Coll having had the best week of my life, and I don't say that lightly! I left with a completely different idea of where I wanted to go than from when I arrived, changing my mind from doing social care in Peru to teaching English in Honduras. I also left with a bunch of new friends that I hope I will keep in touch with.

The real start to my year though was on Saturday morning. Just before I went out to work, my mum told me I had a letter. I almost didn't dare to hope that it was from Project Trust because we'd been told it would be ten days before we would hear anything and I thought I still had two days to wait. But it was from them and, after almost falling over while running to grab the letter from my mum, I opened it to find out that I had been accepted and Project Trust were offering me a place in Honduras for a year!

I was thrilled because Honduras was my first choice. I will spend the year teaching English to schoolchildren while also improving my Spanish - bonus! We won't find out the final details of our projects until May so until then this is about all I know!

From now on it's all about the fundraising. With twelve months to raise over £6200, it's going to be tough but that's what's going to make it even more special when I reach the end goal. My brain has been going into overdrive ever since the letter arrived, heck, ever since I got back from my selection course, about ways to raise the money but not annoy the hell out of everybody. I eagerly await the arrival of the fundraising pack that's on it's way. I have a feeling that it's going to become my bible for the next year!

So far, I've already looked into making a leaflet telling people about my trip to give out at events and also send to the hundreds of charitable trusts I'm planning to write to. Bring on the envelopes, the stamps and the inevitable hand cramp! I am also planning on having a ceilidh at some point, want to look into doing some bagpacks, and will be having endless bake sales I'm sure. Watch this space for more news!
Posted by Sara Morrison at 13:23

Welcome to my blog! 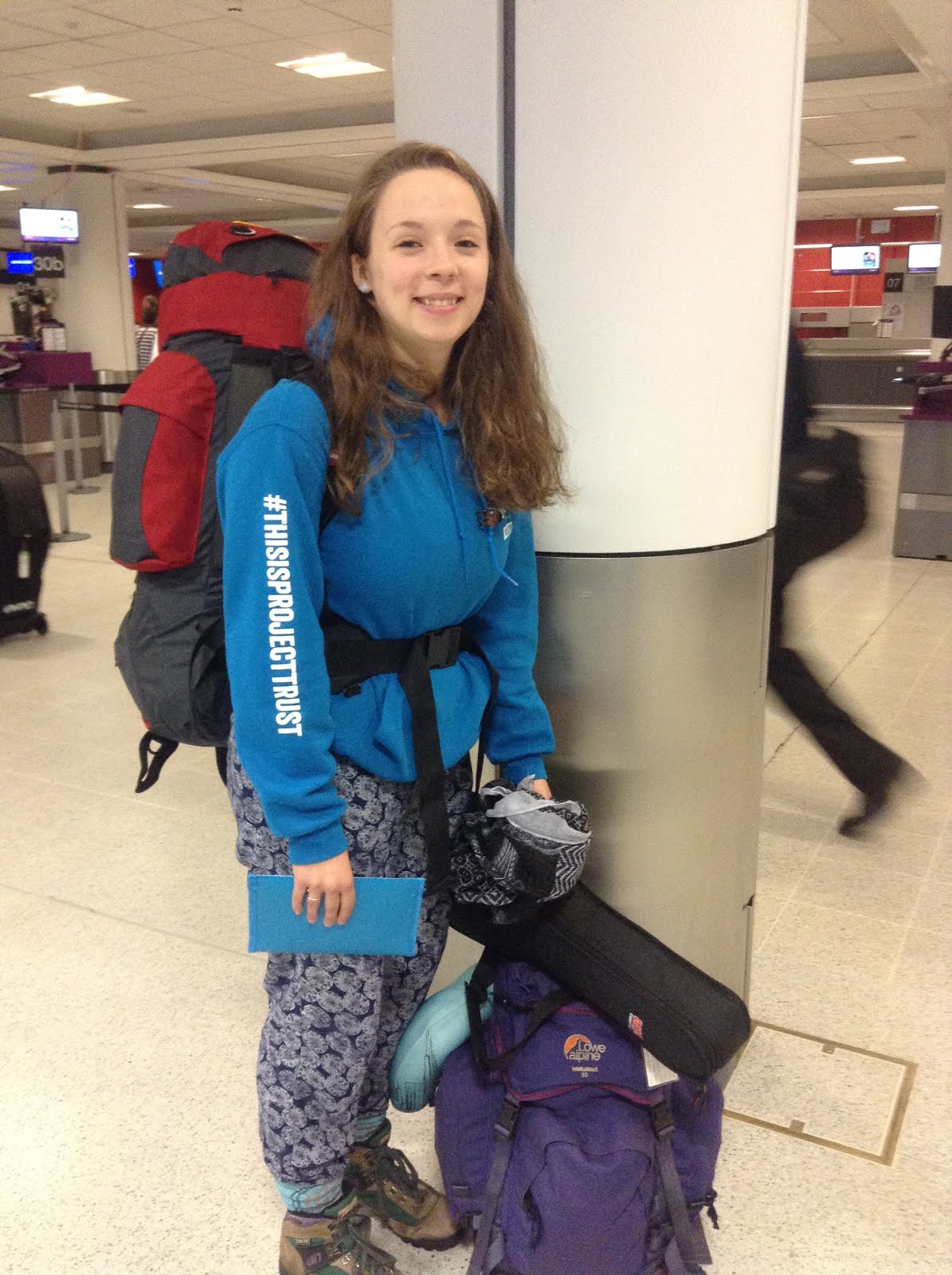